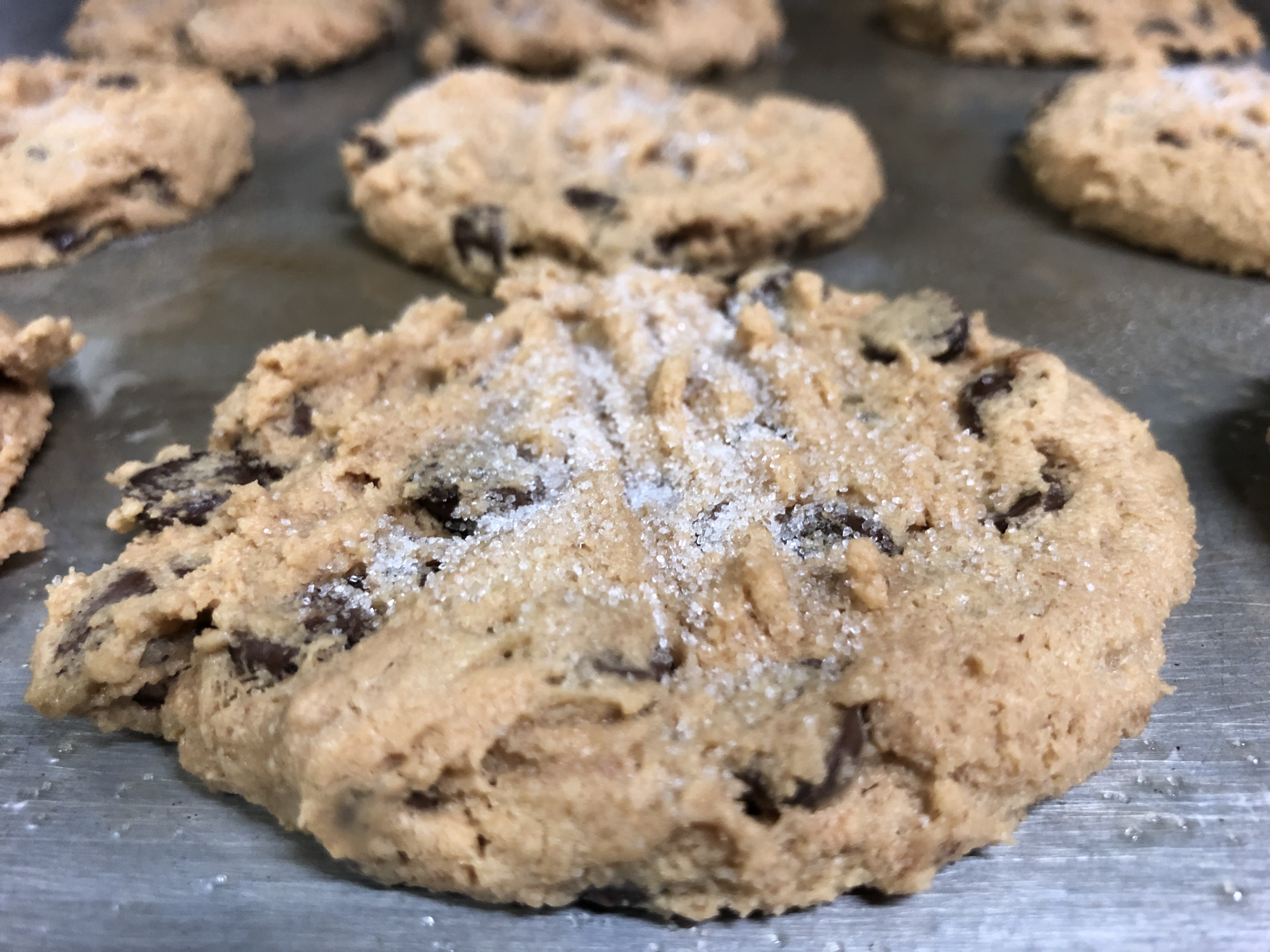 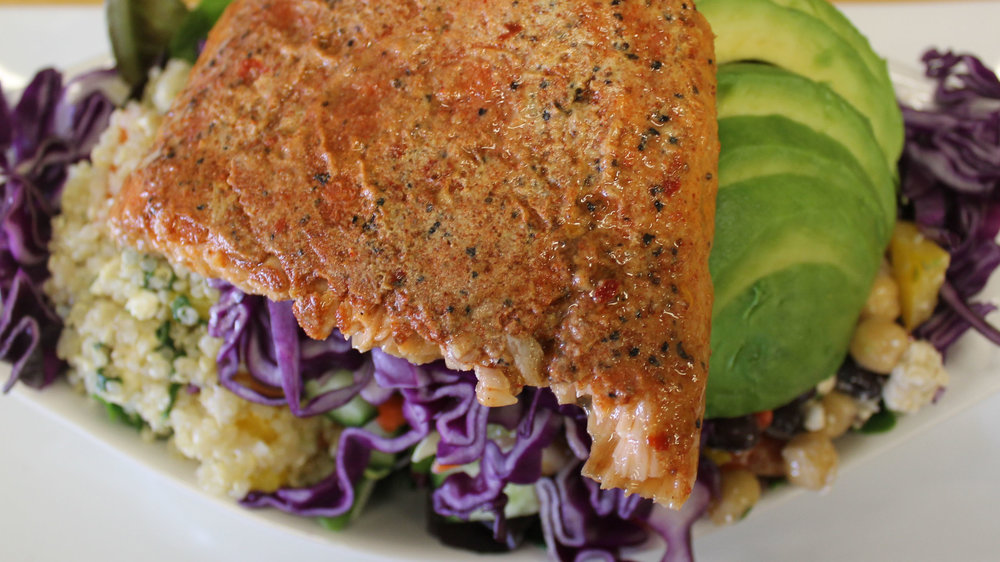 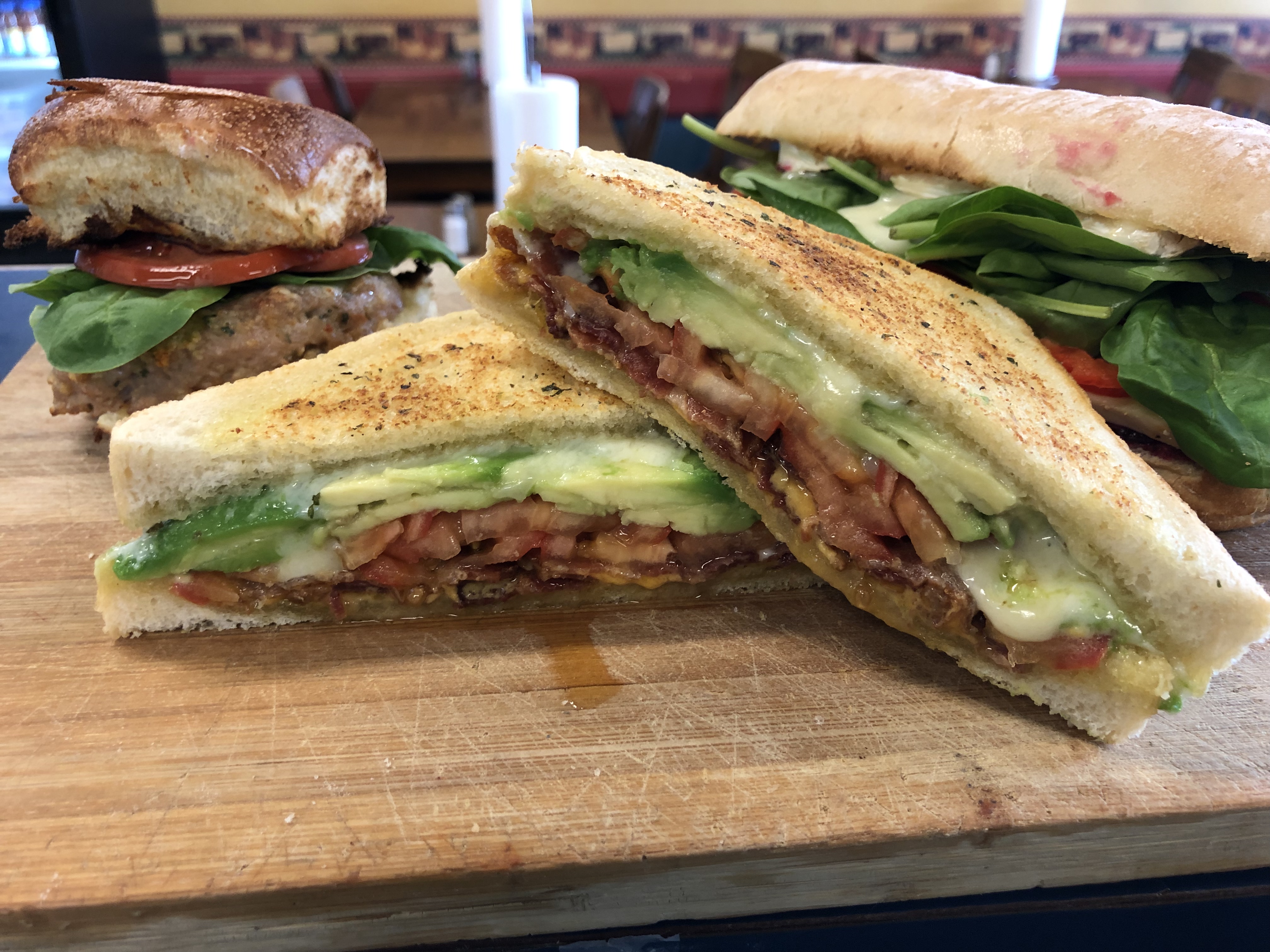 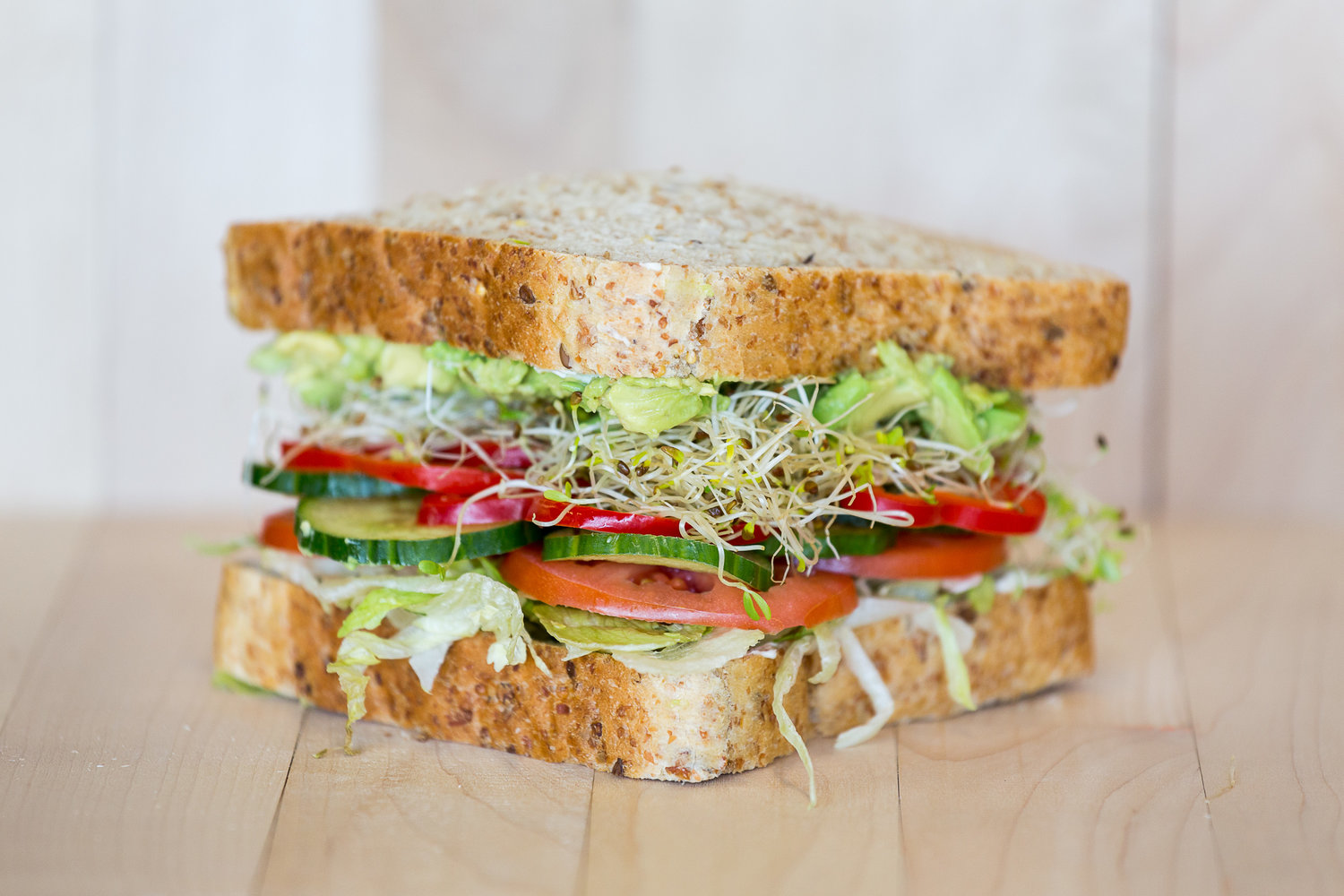 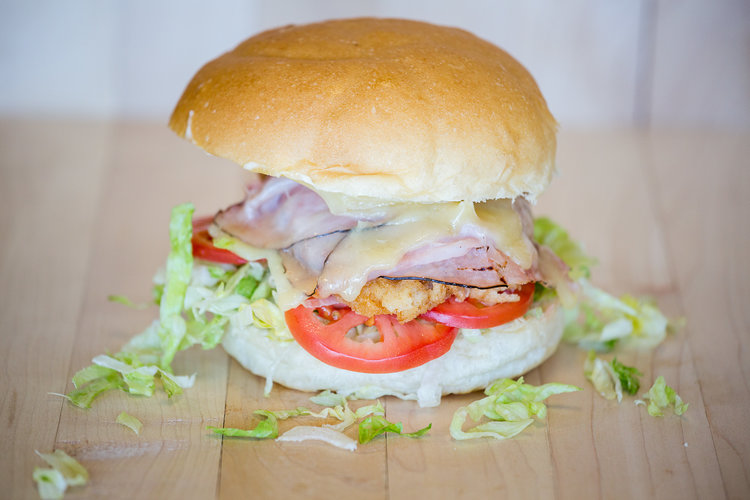 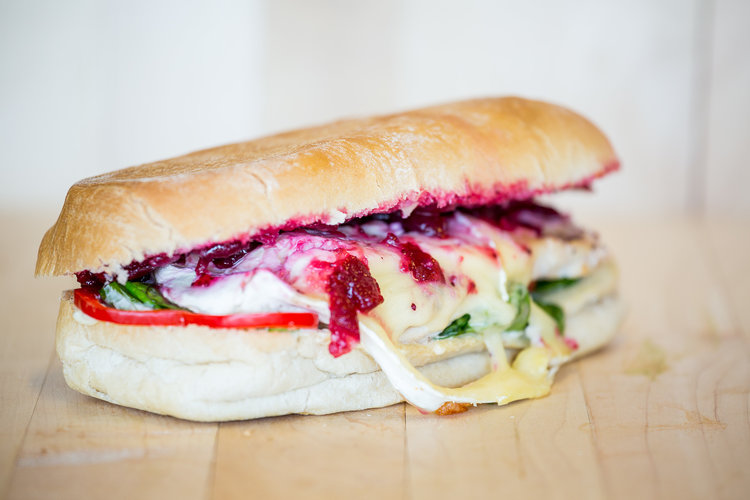 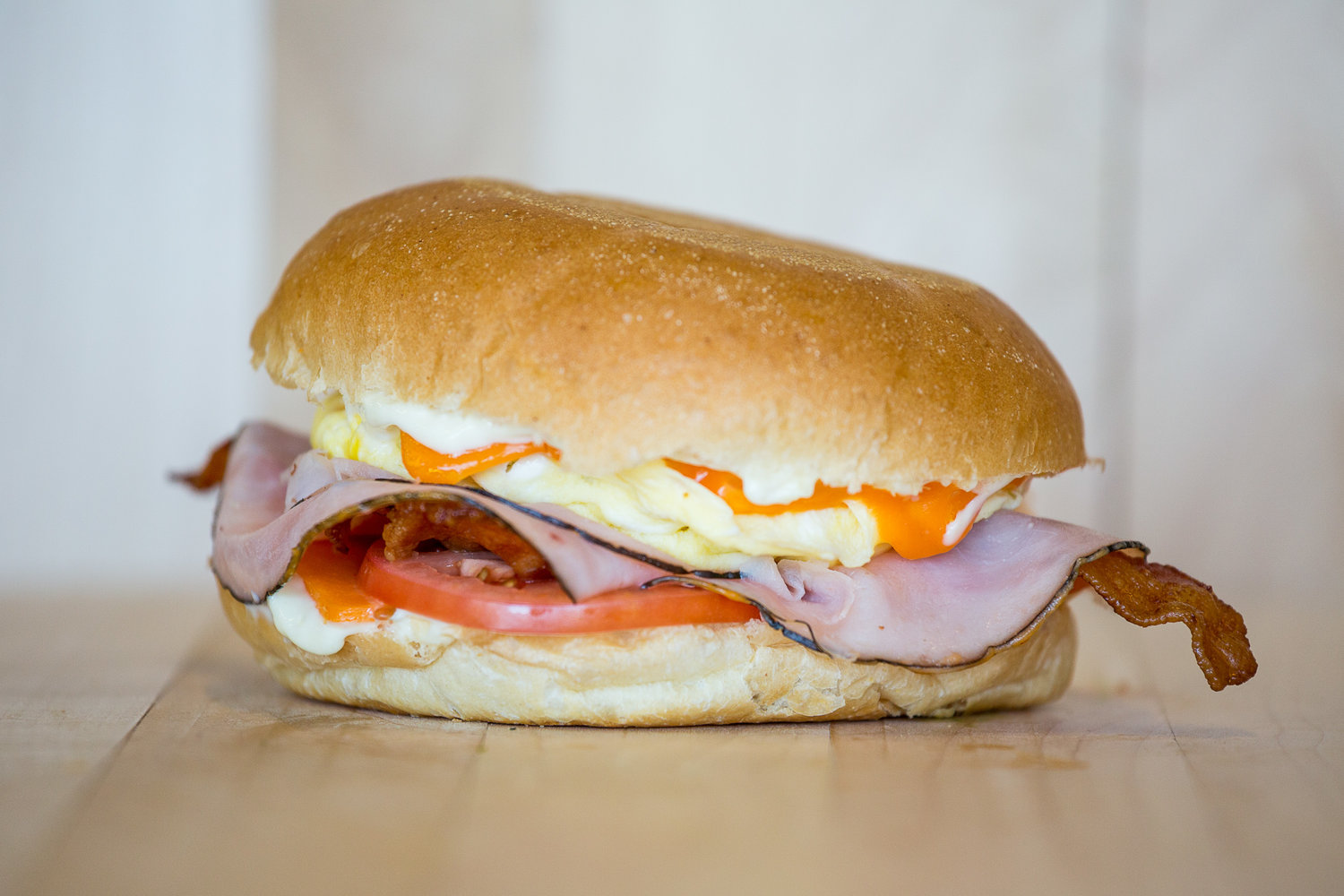 Paul and Shan Pearson moved to Kelowna in 1991. After Paul had completed a successful football career playing for the Toronto Argonauts. One of the highlights was a grey cup win against the BC Lions in 1983.  After football in 1987 Paul owned and operated a Pizza Pizza franchise in Brampton Ontario with wife Shan.  British Columbia was home and where family was, so they decided to move to Kelowna with their two boys Michael and David to be closer to loved ones.

Paul and Shan purchased the European Deli in 1991 and with the help of Shan’s parents (Dave and Orfi) put personal touches to an already established lunch place to make it their own. 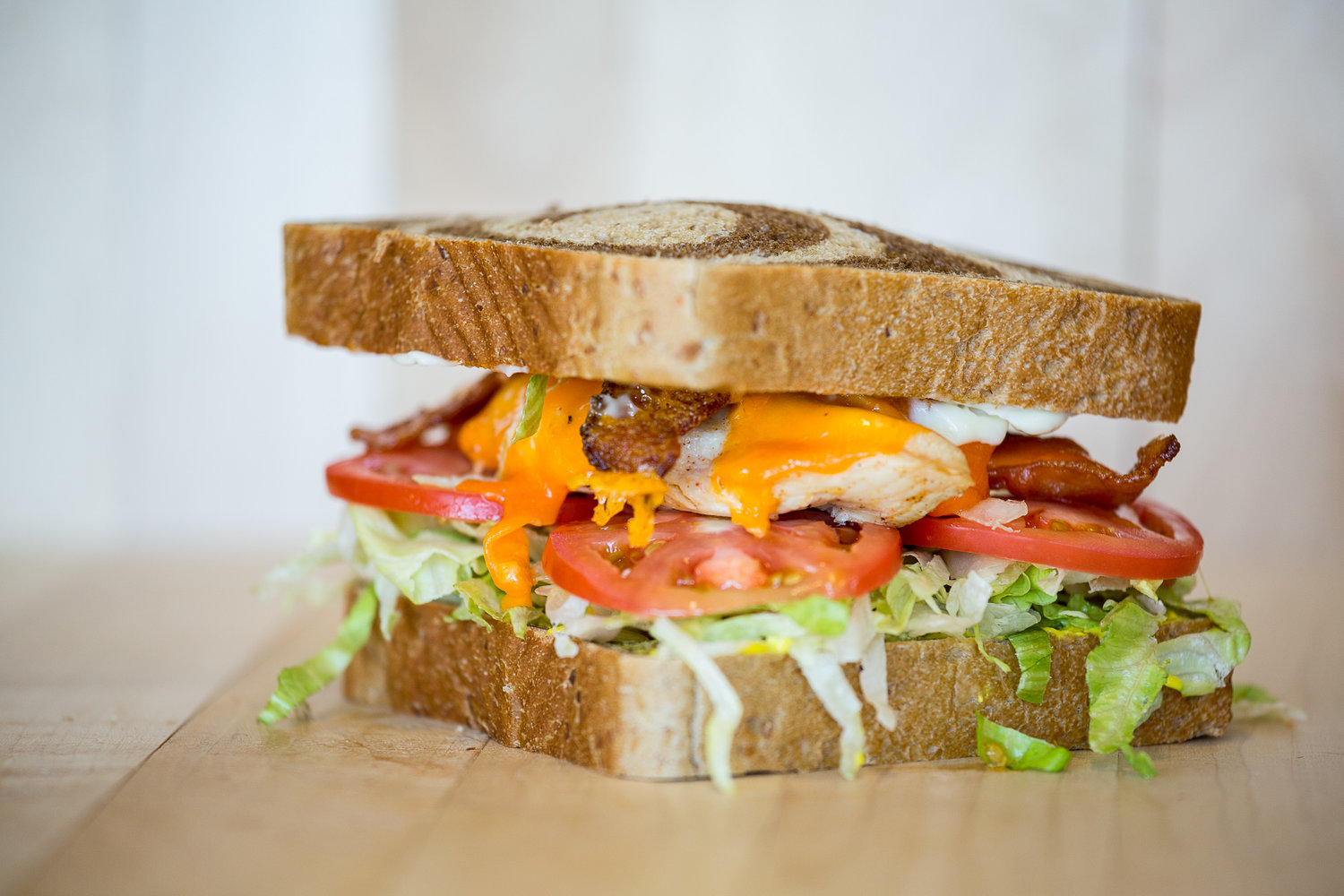 SOUTHWEST BBQ SALAD - mixed greens, black beans and corn, shredded cheddar and your choice of blackened salmon or grilled chicken breast topped with bold bbq sauce - served with sour cream and salsa on the side

one egg, sharp cheddar, ham or bacon and your choice of sauce.

two eggs, sharp cheddar, ham and bacon, tomato and your choice of sauce.

your choice of bread, cinnamon, icing sugar and maple syrup.

wIth peanut butter or jam.

bacon or ham, sharp cheddar, tomato, red onion, red peppers, + one slice of toast served with salsa on the side.

Homemade meatloaf with bold bbq sauce on your choice of bread with mustard, mayo, lettuce.

SERVED WITH CHICKEN  OR BLACKENED SALMON: ONE SIZE ONLY $14.99

Mixed greens, balsamic beets, quinoa with feta, walnuts and Little Creek dressing on the side.

Mixed greens, purple cabbage, quinoa with feta, mediterranean bean salad, avocado & your choice of dressing on the side.

Mixed greens topped with spicy beef (chicken or salmon can be substituted), shredded cheddar & Doritos served with salsa & sour cream on the side.

Build Your Own Sandwich 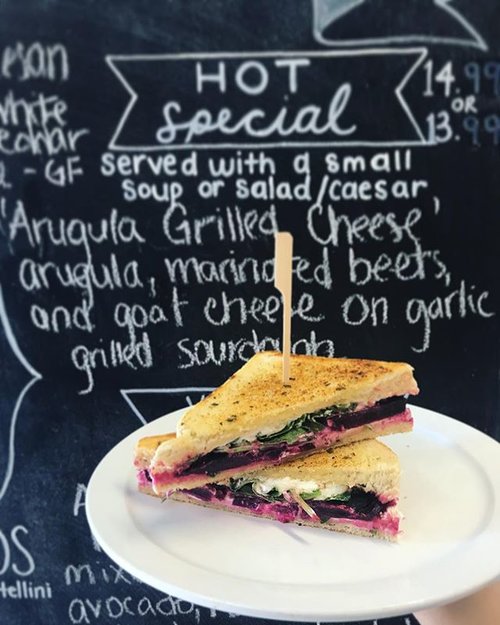 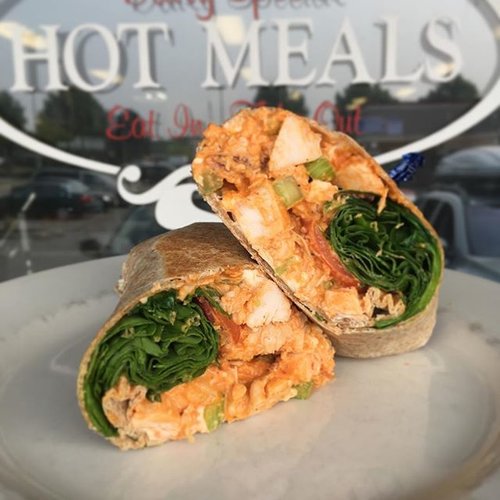 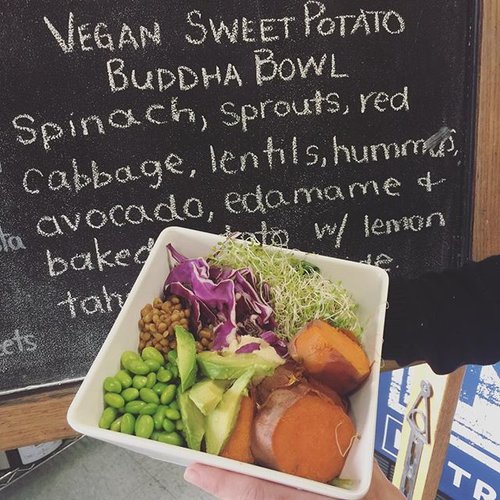 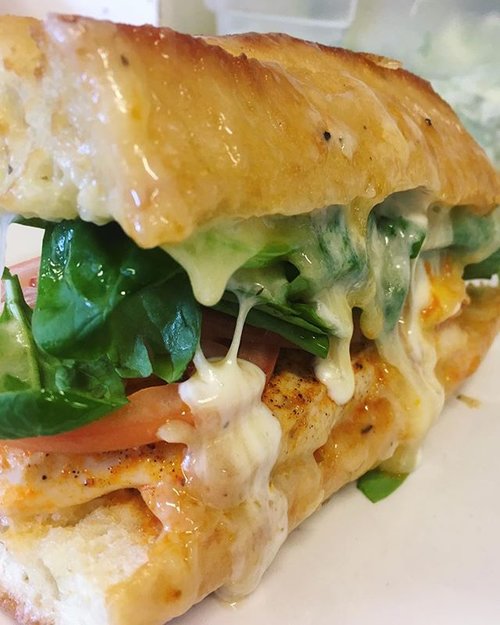